Hillcrest COVID-19 Call Center
Operators are available Monday - Friday from 8 a.m. to 5 p.m. to answer your questions and connect you with a health care provider. Call 918-574-0920. 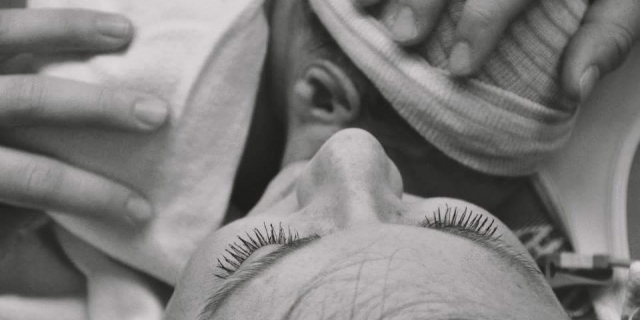 Lacey Marsh woke early in the morning on December 2, 2014 and knew it was time. “We got to Hillcrest at 3 a.m. and went straight to triage,” she recalls. Lacey was indeed in labor and admitted to Labor and Delivery at the Peggy V. Helmerich Women’s Health Center at Hillcrest Medical Center shortly after arriving. Pregnant with her first child, Lacey did not know exactly what to expect next, but maintained an open mind. Surprisingly, things appeared to be developing quickly. “By 7 a.m. I was dilated to a 7 cm. My water broke, but not completely. Everything was going well.”